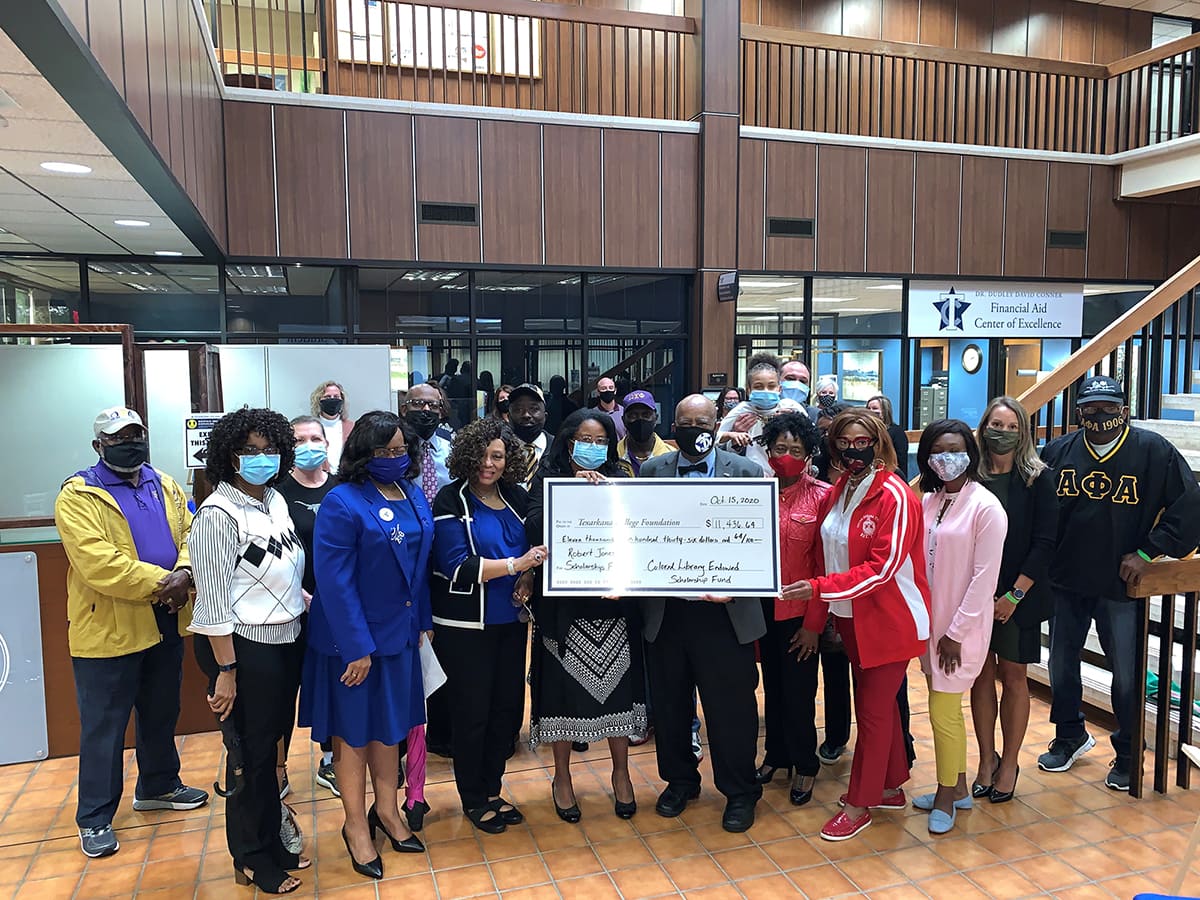 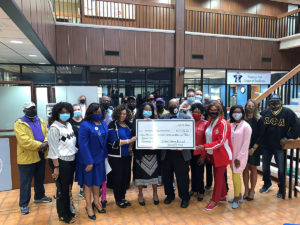 The Robert Jones Endowed Scholarship Fund at Texarkana College received a donation today from the Colored Library Scholarship fund in the amount of $11,436.

“We are no longer earning enough interest on the Colored Library endowment to award scholarships as we have done for over forty years,” said Flowers. “The scholarship was founded to help African American students with their pursuit of education, and we are proud to continue this support by donating our funds to the Robert Jones Endowed Scholarship fund at Texarkana College.”

“Members of the Texarkana Pan Hellenic Council know the dedication to success and leadership that Robert Jones, TC’s Dean of Students and mathematics instructor, has for students,” said Flowers. “Mr. Jones has been a member of the Pan Hellenic Council in Texarkana for many years and the scholarship fund established in his honor at Texarkana College is the best place for us to continue the legacy of education for African American students.”

Jones said he is honored that the funds will help grow the scholarship at TC.

“This is not the first time the Texarkana Pan Hellenic Council has supported the Robert Jones scholarship fund here at TC,” said Jones. “When we were just getting it started, they helped with the seed money and donated $1,000. This is such an important fund that is dedicated to helping African American students and I am so grateful for the support shown through this donation.”

With today’s donation, the Robert Jones Scholarship fund now has more than $18,800 and is getting close to being fully endowed.  TC President Dr. Jason Smith said he is grateful for the continued support of the scholarship.

“We will continue to grow the fund to help it reach the endowed level of $25,000 which will allow the TC Foundation to begin awarding scholarships from the interest earned,” said Smith. “We have so much respect for Mr. Jones’ leadership and vision for the future of the students we serve here at TC and we know that today’s donation will benefit them for years to come.”

For more information about the Robert Jones Scholarship Fund or to make a donation, please contact Katie Andrus, Executive Director of the TC Foundation by email at katie.andrus@texarkanacollege.edu or by calling 903-823-3125.