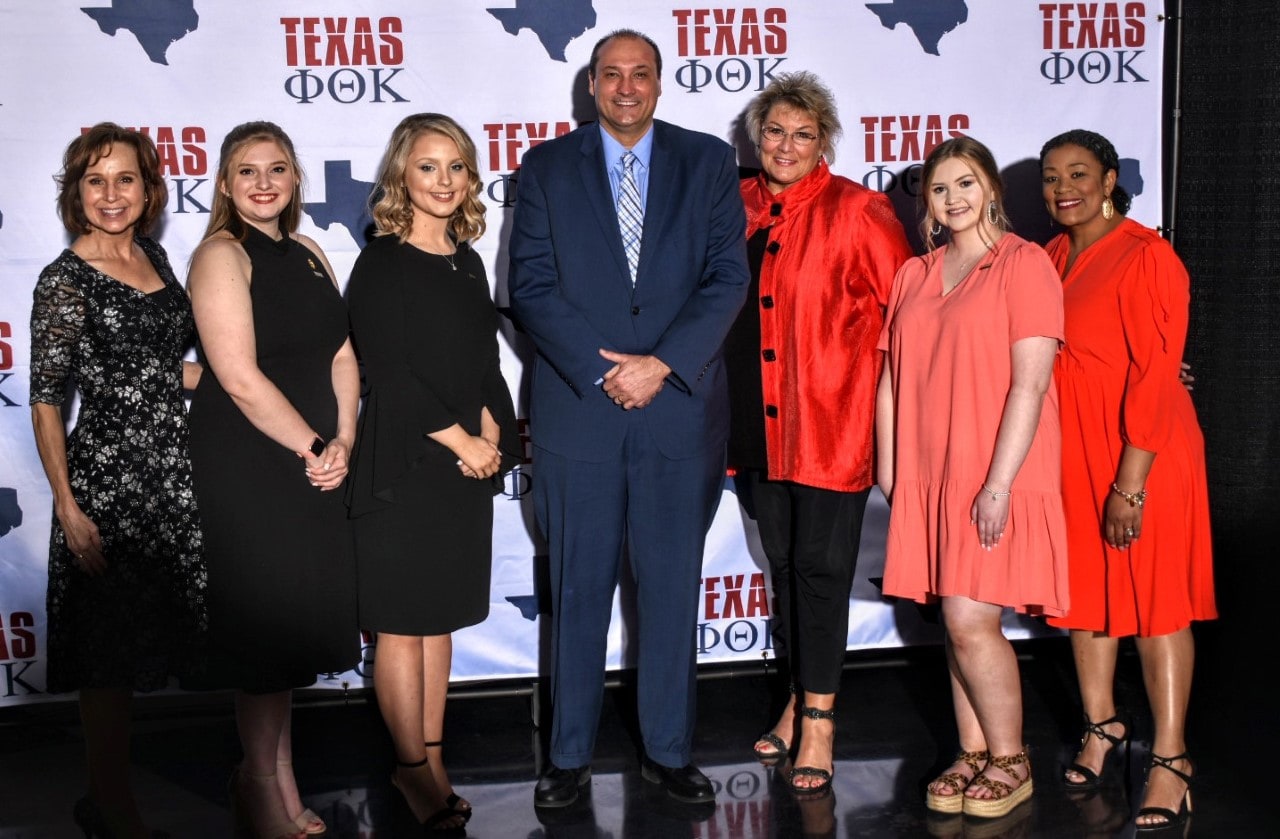 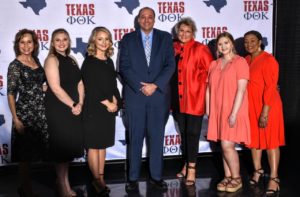 Texarkana College’s Zeta Sigma Chapter of Phi Theta Kappa International Honor Society took place in the first-ever virtual PTK International Convention – Catalyst 2020. The three-day convention was scheduled to be held in Grapevine, Texas in late spring but was turned into a virtual event due to COVID-19. At the convention, TC’s chapter earned national recognition for its academic excellence and TC President Dr. Jason Smith, along with the Zeta Sigma Chapter advisor Dr. Mary Ellen Young, were honored for their leadership.

“Though the event did not happen exactly as planned, one aspect went exactly as we had hoped,” said Young. “Dr. Smith received the Paragon Award for New Presidents – an award given to presidents who have been in their position for less than four years and who recognize, promote, and support their local, state, and international PTK chapters. Our chapter nominated of Dr. Smith for the award because of the incredible support and encouragement he gave our student members. We had high hopes and great confidence that he would be strongly considered as an honoree. We were so pleased to hear of his selection for this prestigious award!”

Dr. Mary Ellen Young was honored with the Continued Excellence Award for Advisors – an award given to an advisor that exhibits exemplary service, leadership, and commitment in guiding their chapters toward success and who has previously been awarded the Distinguished Advisor Award.

President Smith said, “Thank you to Dr. Mary Ellen Young who has been TC’s PTK chapter advisor for 15 years, and thank you to TC faculty members Alonza Mitchell and Valerie Shirley who served as co-advisors this year. Your leadership and commitment to excellence helped make this an extraordinary year for our TC student PTK members.”

TC’s Zeta Sigma chapter earned high accolades for its Honors in Action project that was themed Powers of Connection – The Benefits and Challenges of Technology and Gamification in Upper-level Education. The focus of the college project was to increase under-represented student

enrollment. Zeta Sigma members were credited for their exemplary work on the project and were honored with the Distinguished Honors in Acton Project Award for their research and project. TC’s chapter also was named a Top 100 chapter among 1,289 internationally. At the state level, the Zeta Sigma chapter earned a Texas Top Chapter Award out of 92 chapters in the Texas region.

The 2019-2020 Zeta Sigma Chapter had more than 83 new members. Chapter officers and members who were instrumental in working on the winning projects were Lori Potts, Shelby Reed, Maia Brown, Madison Brannan, and Kristin Crabtree.

“A special congratulations goes to the student members of TC’s Zeta Sigma Chapter for their success,” said President Smith. “You make us very proud and we are grateful for your dedication and leadership. You are all to be commended and congratulated for your efforts and success.”