By tanner.koehn May 12, 2020 Academic Spotlight, Campus Life, Featured
No Comments 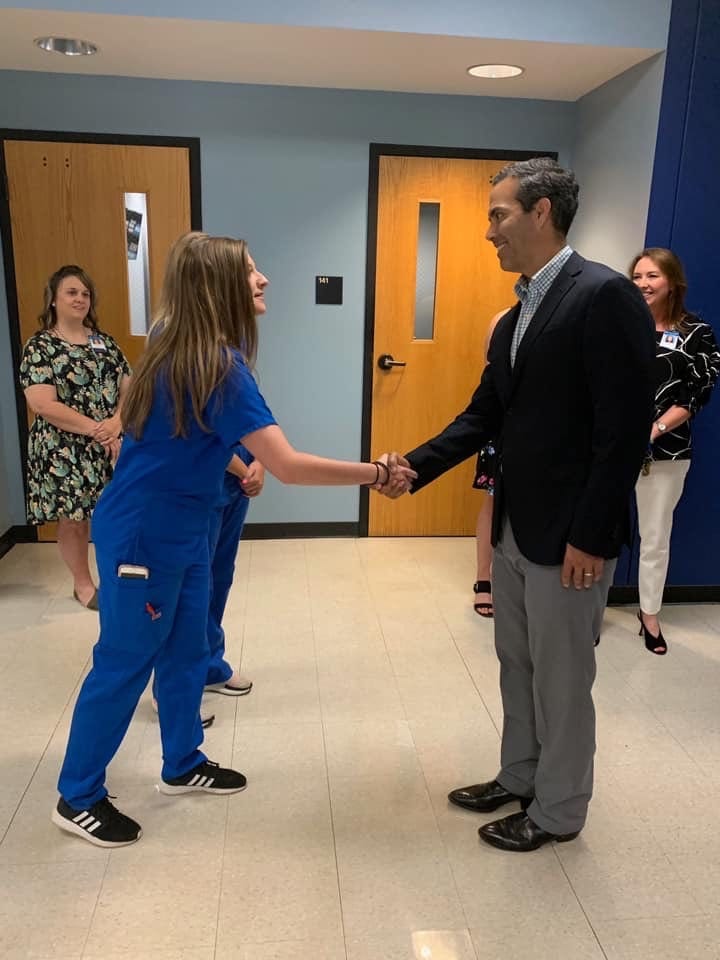 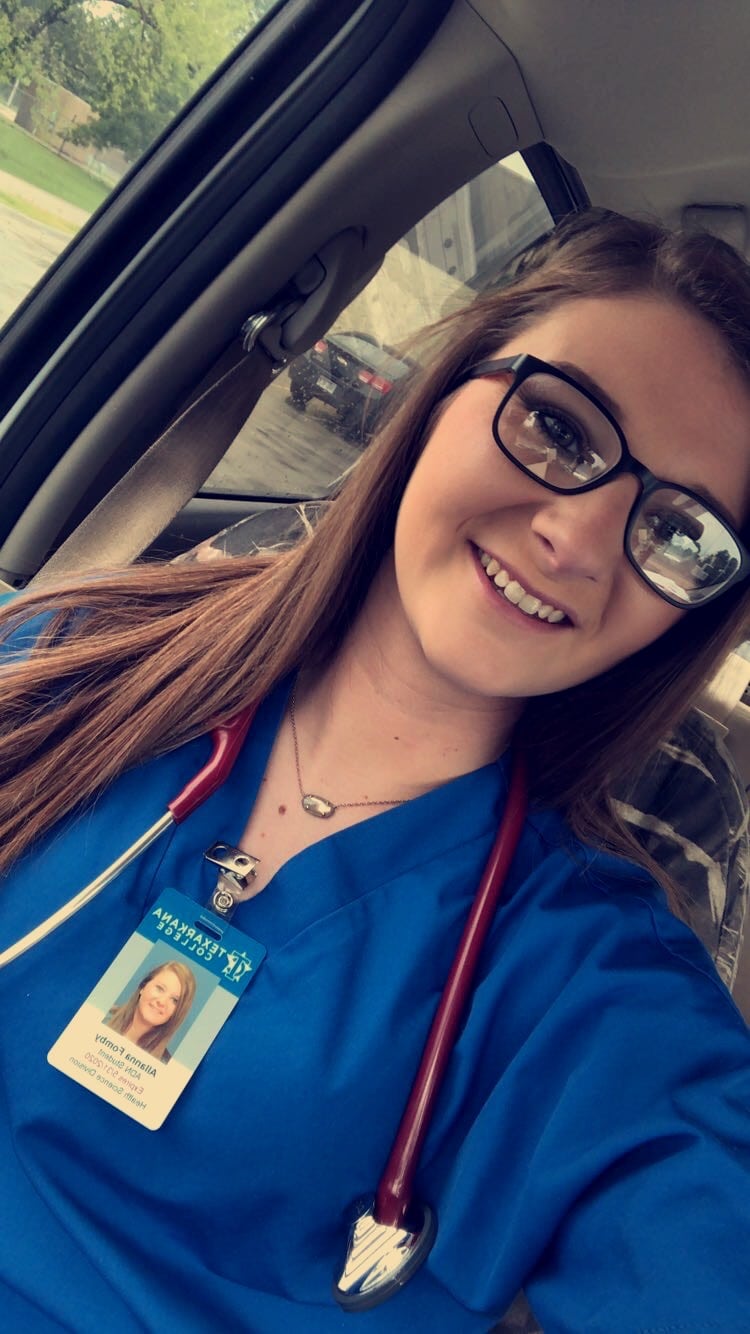 Allanna Fomby is a fourth-semester Texarkana College Associate Degree Nursing student preparing to graduate this spring. As part of a family of nurses, she has always known her passion was to become a nurse.

“I wrote on a kindergarten paper that when I grow up, I want to be a nurse,” she said. “Of course, it was misspelled because it was kindergarten, but still, it said it!”

She said knew her drive to become a nurse didn’t just come from seeing her family make a difference in the field, but through recognizing her own personality traits.

Serving as the president of the Texarkana College Student Nursing Association has also provided Allanna with additional opportunities to help people through fundraisers, teaching, and community outreach.

“I have been able to grow as a whole, well-rounded individual, not just academically,” she said.

Working as a Certified Nursing Assistant for four years prior to entering the RN program at TC motivated Allanna to move further into her nursing career and helped her develop basic patient practice skills. She said those skills helped her be successful in the first semester of nursing school and understand the unpredictable scenarios that nurses frequently find themselves in.

“After working as a CNA, I was pretty familiar with some nursing basics, which is what the first semester of the program consists of, learning the basics,” she said. “Prior knowledge as a CNA has helped tremendously, because being physically prepared for crazy situations that can arise working in a hospital is basically impossible until you are in it, or have experienced it first–hand.”

After gaining some experience, her practice and the help from her TC Nursing Instructors helped her develop more complex nursing skills.

“The skills they have taught me have really prepared me for when I am working on my own without someone there to teach me,” she said.

Approaching the final weeks of nursing school, Allanna said she is really able to see how everything her instructors have taught her is coming together across the board.

“Clinicals have been an exact practice of this,” she said. “I have been doing the skills myself, while still having someone there to make sure I do it correctly.”

Allanna said her nursing instructors made a huge impact on her experience.

“I had never thought about doing anything further in my nursing career than becoming a nurse practitioner, but these teachers have impacted me in such a big way,” she said. “I have opened my eyes to becoming a nursing instructor myself one day.”

She said anyone considering becoming a nurse should go for it.

“Go all in. If it feels right, go with it,” she said. “The program is hard. You think you know how hard it’s going to be, but you don’t. When you get out and actually work in the field, it’s going to be much more difficult than the program—that’s why they make it hard on you, to try to prepare you to deal with the difficult situations that will occur. That being said, if it seems like it’s the path you are supposed to take, don’t stop no matter what.”

A nursing degree at Texarkana College can help you build a health care career you can be proud of. And if you’re ready to get started, there’s no need to wait—you can start taking nursing prerequisites this summer!