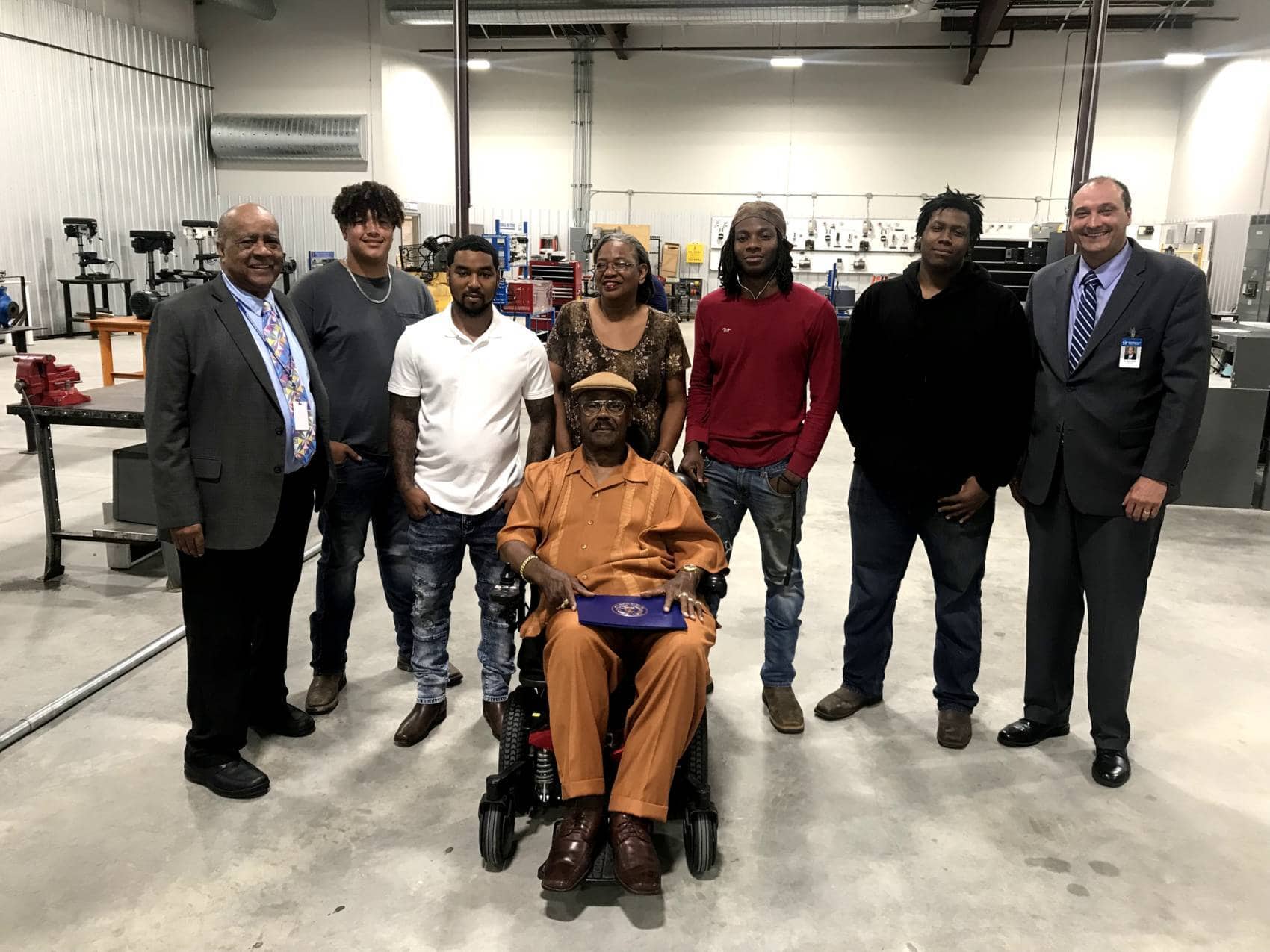 The welding program at Texarkana College is flourishing. Instructor Phillip Scarborough said more than half of his current students are already in the field working and gaining experience. But the program’s success isn’t new—in fact, the foundation was built more than 40 years ago, when TC welding students William Blackwell and the late William Thurston paved the way for future African-American students interested in pursuing a welding career. 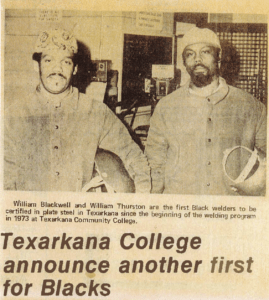 The late William Thurston and William Blackwell in the Texarkana Gazette in 1977.

In 1977, Blackwell and Thurston were the first black welders to be certified in plate steel in Texarkana since the beginning of the welding program, which was just four years old at the time. 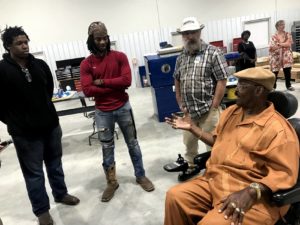 Blackwell, now age 71, and his caregiver, Marilyn Johnson, visited the TC campus for the first time since he received his welding and auto body repair certificates. At a small ceremony on Wednesday, June 19, Blackwell spoke with current students about his experience as a pacesetter for young black men in the workforce.

“It feels good to come back to campus,” Blackwell said. “I hope I can be an inspiration to these students. I just want them to be safe, so they’ll last a long time. The welding shop looks much safer now with good ventilation.”

When Blackwell was a student, TC had to send off the students’ plate steel tests to the Pittsburgh Testing Laboratories in Pittsburgh, Pennsylvania to qualify their work before awarding a welding certification. Now, instructors are able to test students immediately on campus.

“It’s best to get a trade behind you before you go in the workforce,” said Blackwell. “If you don’t go to a school and sharpen your skills, you’re going to do it just like daddy did on the farm.”

After serving in the Army and gaining his certificates at TC, Blackwell spent 34 years traveling all over the world for Red River Army Depot, where he was responsible for welding motor mounts for new engines in Bradley fighting vehicles.

“Everywhere a Bradley exists, they send a welder there to prepare it and keep from sending a Bradley back to Texarkana,” he said.

He stressed the importance of feeling confident in your work before trying to interview for a job. Blackwell said he landed an assignment in Germany for 90 days, and it was then he realized how important it is for welders to do their jobs properly without cutting corners.

“There wasn’t a team, you’d have to go by yourself. You’d be the only welder in the crew,” he said. “They’d usually prep you before you go on a mission, but you’ve got to know what you’re doing.”

Blackwell said he worked long hours welding, but it was a prosperous career with good job security. He advises any young person to learn a trade and go international.

“Don’t just stay in one area,” he said. “I got a chance to weld around the world and all over the United States. I spent time at Fort Drum in New York, Fort Dix in New Jersey, Camp Roberts in California, Anniston Army Depot in Alabama. Basically, everywhere they have a depot, I welded there.”

Current TC welding students said hearing his story got them excited about their future welding careers. 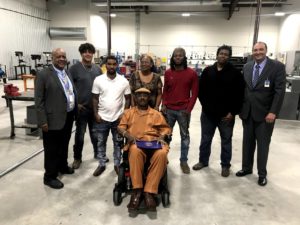 “I never realized traveling like that was possible with a welding career,” said welding student Timothy Hardy. “I was just going to go work for the pipeline, but now I see there is more opportunity out there.”

Scarborough said the welding industry is constantly shaping our world.

“The trade has a large impact on our nation’s economy, from the houses we live in, to the cars we drive,” he said. “It’s vital to our everyday life.”

The American Welding Society states that by 2025, our nation’s workforce will need over 400,000 welders to satisfy the demands of several industries.

“A lot of welders are getting older and are looking to retire,” Scarborough said. “We need a new wave of welders to enter the workforce. The demand is there.”

Welding student Luke Walker graduates this year, and he said he’s anxious to get started in his career. 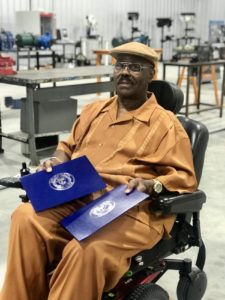 Blackwell posing with his welding and auto body repair certificates.

“Mr. Blackwell said he retired making $20 an hour,” Walker said. “It’s inspiring to know you really can make a good living doing this, but also see the world in the process.”

Times have changed since 1977, and TC is seeing an increase in enrollment among African-American students. According to the Texas Higher Education Coordinating Board’s most recent report of state community colleges, TC has the third highest percentage of African-American students enrolled, with the second highest percentage of degrees and certificates awarded to those students.

At the ceremony, TC President Dr. Jason Smith said he is grateful for Blackwell’s legacy and his eager spirit to visit with current students.

“We have seen a 12% increase in African-American males completing degrees or certificates over the last three years,” Smith said. “The future is bright for today’s students who learn a trade and strive for success. Mr. Blackwell is such an inspiration to our next generation.”