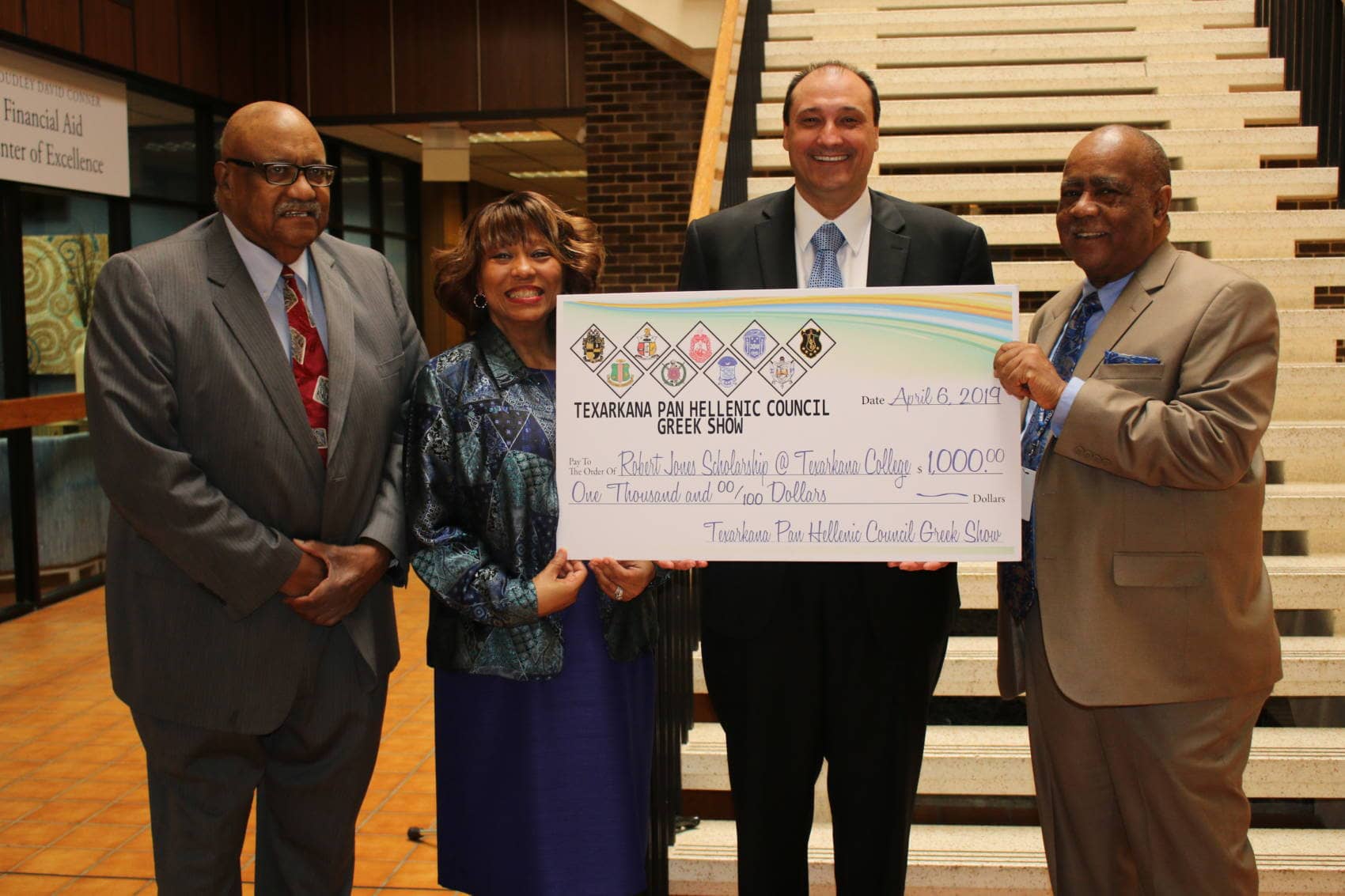 Members of the Texarkana Panhellenic Council recently presented a $1,000 check to Texarkana College Foundation as a lead gift for the Robert A. Jones Scholarship Fund. Proceeds raised at the annual Greek Show held on April 6, 2019, enabled the Council to donate to the scholarship fund. Jo Ann Rice, this year’s Greek Show organizer, said the event is the Council’s largest fundraiser.

“We are so pleased the Greek Show was a big success this year and that it has allowed us to make the $1,000 lead donation to the Robert A. Jones Scholarship Fund at TC,” said Rice. “Since the founding of our local Council in 1975, we have awarded over 300 scholarships to area students, and we are looking forward to many more in the future.”

Texarkana College president Dr. Jason Smith said he is grateful for the support from the Council in helping to honor Jones through the donation.

“Mr. Jones serves as TC’s Dean of Students and his mentorship has helped countless students reach their personal and academic goals,” said Smith. “So many students have completed college because of his investment in their lives. Today’s gift from the Texarkana Panhellenic Council in Mr. Jones’ honor will help even more students achieve their dreams and reach their goals.”

The scholarship was established earlier this year by the Texarkana College Black Student Association (BSA) in which Jones serves as the organization’s sponsor and advisor. The purpose of the fund, once fully endowed within the TC Foundation, will be to award scholarships to African American students pursuing degrees or certificates at Texarkana College.

Along with Jones’ service as TC’s Dean of Students and BSA sponsor, he also serves as professor of mathematics and has taught every math class from developmental mathematics through calculus. In the community, he serves as president of the Greater Texarkana Branch of the NAACP and is one of the greatest mentors this community has ever known, always encouraging students to reach their highest potential.  Because of his tireless efforts on campus and throughout the community, Jones has received numerous awards and recognitions including TC’s Endowed Chair for Teaching Excellence; Volunteer of the Year for the City of Texarkana, Texas, and was the recipient of the prestigious Wilbur Smith award for working with area youth.

The seed money for the Robert A. Jones Scholarship Fund was given by members of the TC Leadership Team and the BSA at TC’s Black History Month Celebration held in February 2019. The $1,000 gift from the Texarkana Panhellenic Council serves as the lead donation from an outside entity. Community members or civic groups, students or student groups, or members of the TC faculty and staff are invited to make additional and on-going contributions to the fund. The Texarkana College Foundation will continue to receive contributions to the fund as it grows toward the full endowment of $25,000.

For more information or to make a donation, please contact Katie Andrus, TC Foundation Director, at Katie.Andrus@texarkanacollege.edu or call 903-823-3125. 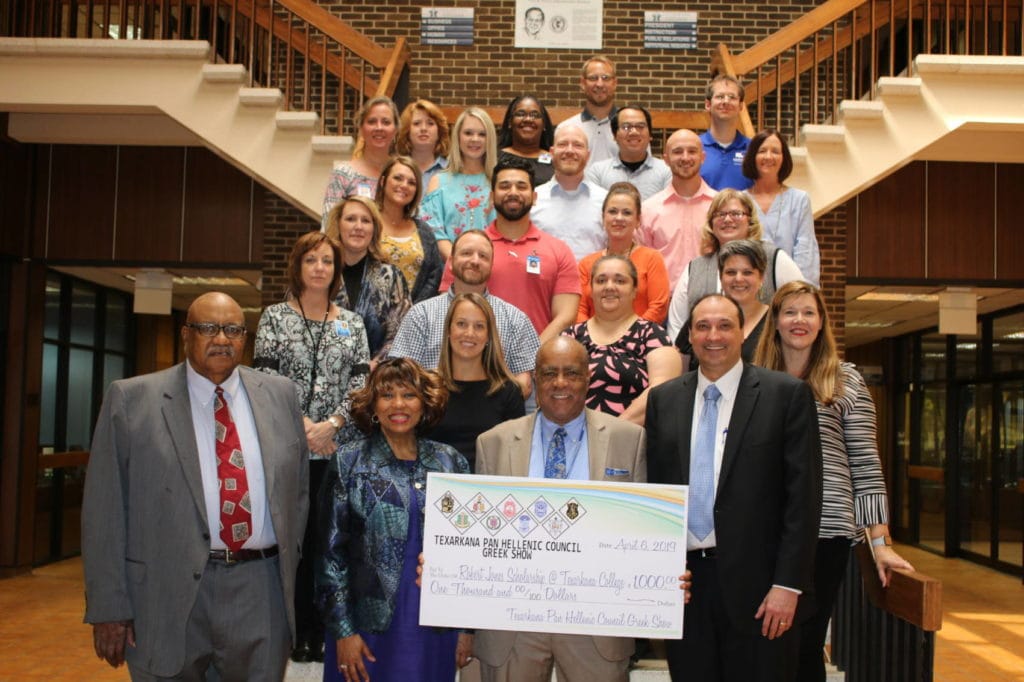