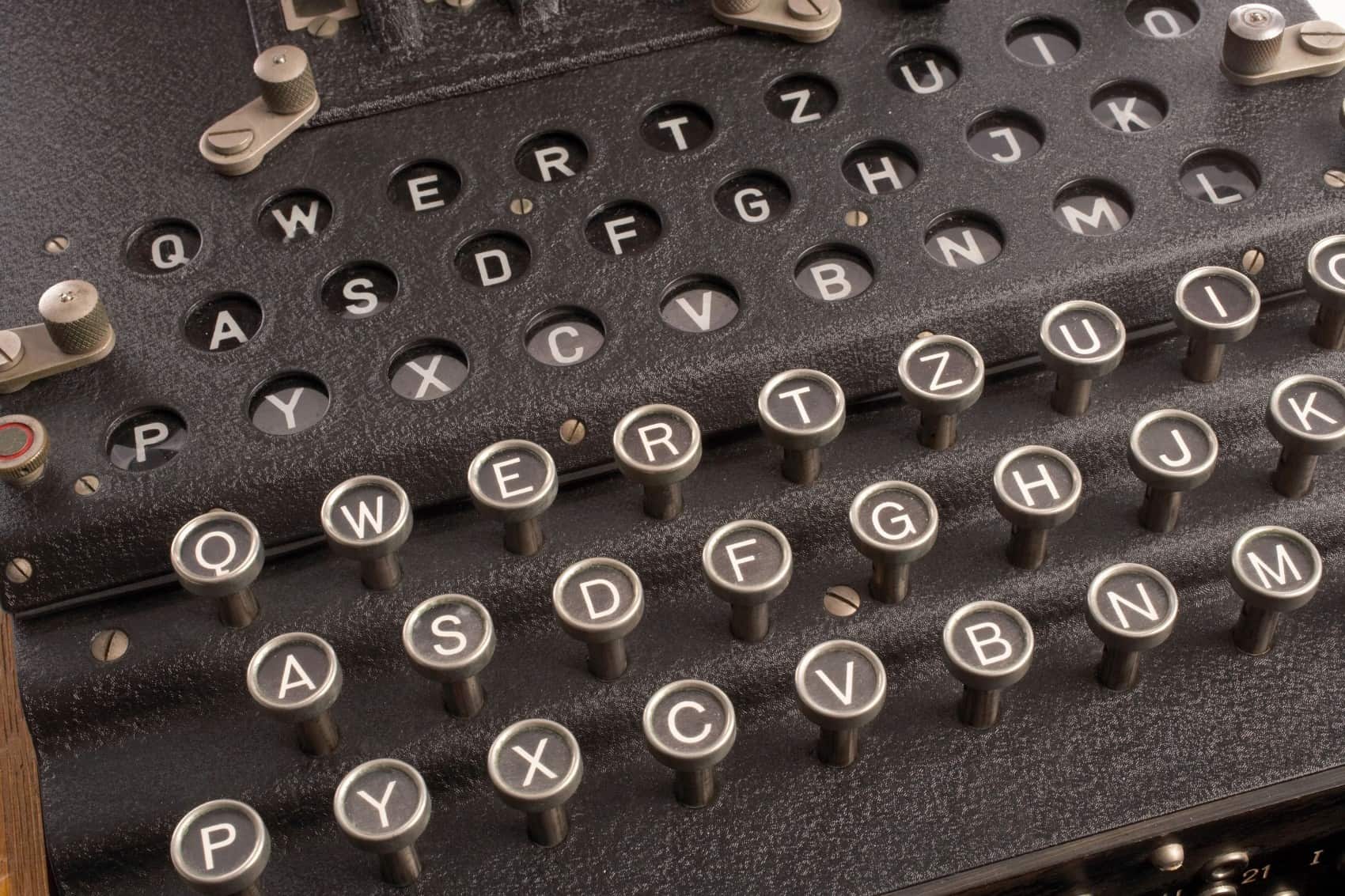 Listen to an overview of the lecture from KTXK 91.5FM’s Sabrina McCormick 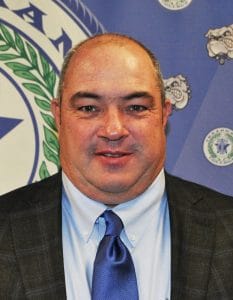 While the military fought on the front lines of World War II, a cast of mathematicians, musicians, and chess players, including foreign language experts and women (who were not allowed in combat), were engaging in a battle of razor-sharp minds to crack codes that would help the military make brilliant tactical moves.

Learn about how code breakers in Bletchley Park in England and Arlington Hall in the US played the most pivotal role you can imagine for the Allies in WWII.

As part of the Texarkana College Distinguished Lecture Series, Ernie Cochran will unmask the characters who played in these key roles and will reveal the science behind breaking the Enigma Code. Cochran is an attorney with Cochran & Golden, LLC, in Texarkana, Texas, and has been on the Texarkana College Board of Trustees since 2016.  Cochran is a Texas High School Graduate who attended TC before transferring to Baylor University to earn a B.A. in political science (1986). He went on to earn a law degree from Baylor School of Law in 1989. Since he was 12 years old, Cochran has been fascinated by WWII and the battle in the Pacific and has spent many hours researching and gaining expertise in this intriguing subject.

CODEBREAKERS- The Behind-the-Scenes Heroes of WWII
“The Geese That Laid the Golden Eggs, But Never Cackled” – Winston Churchill 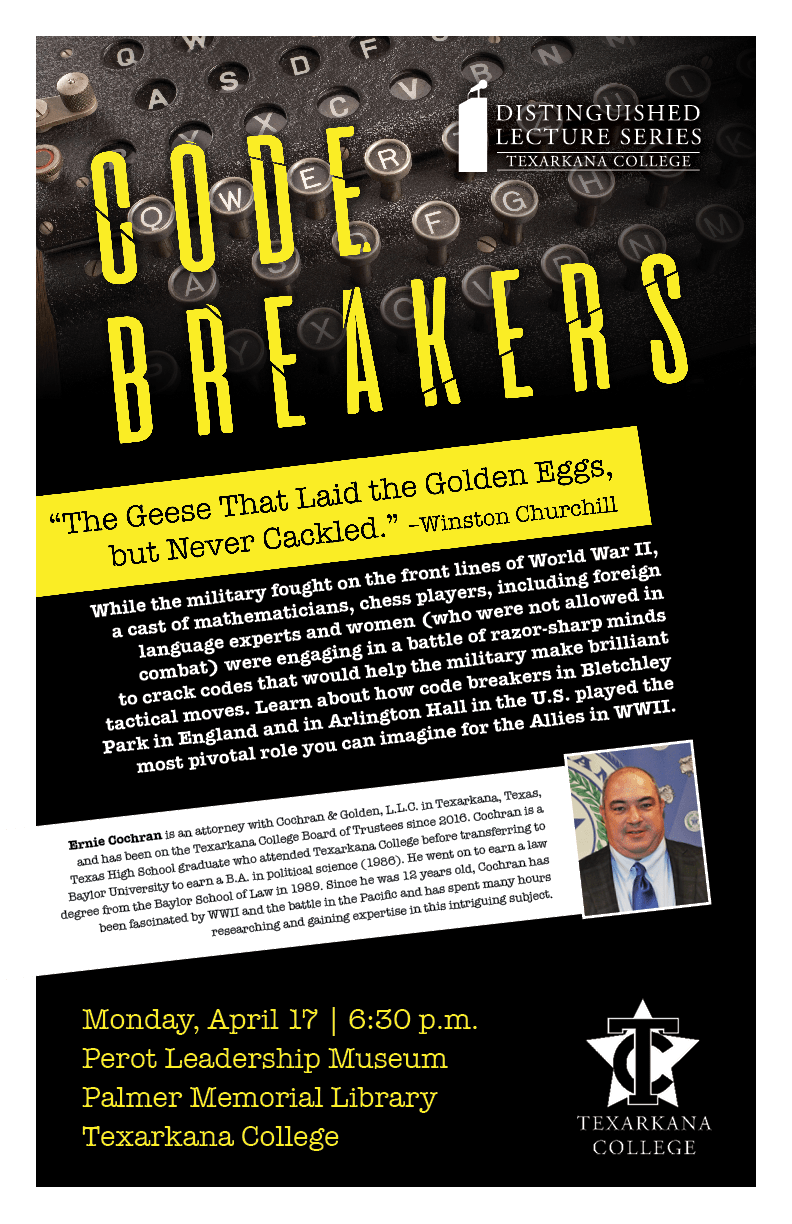