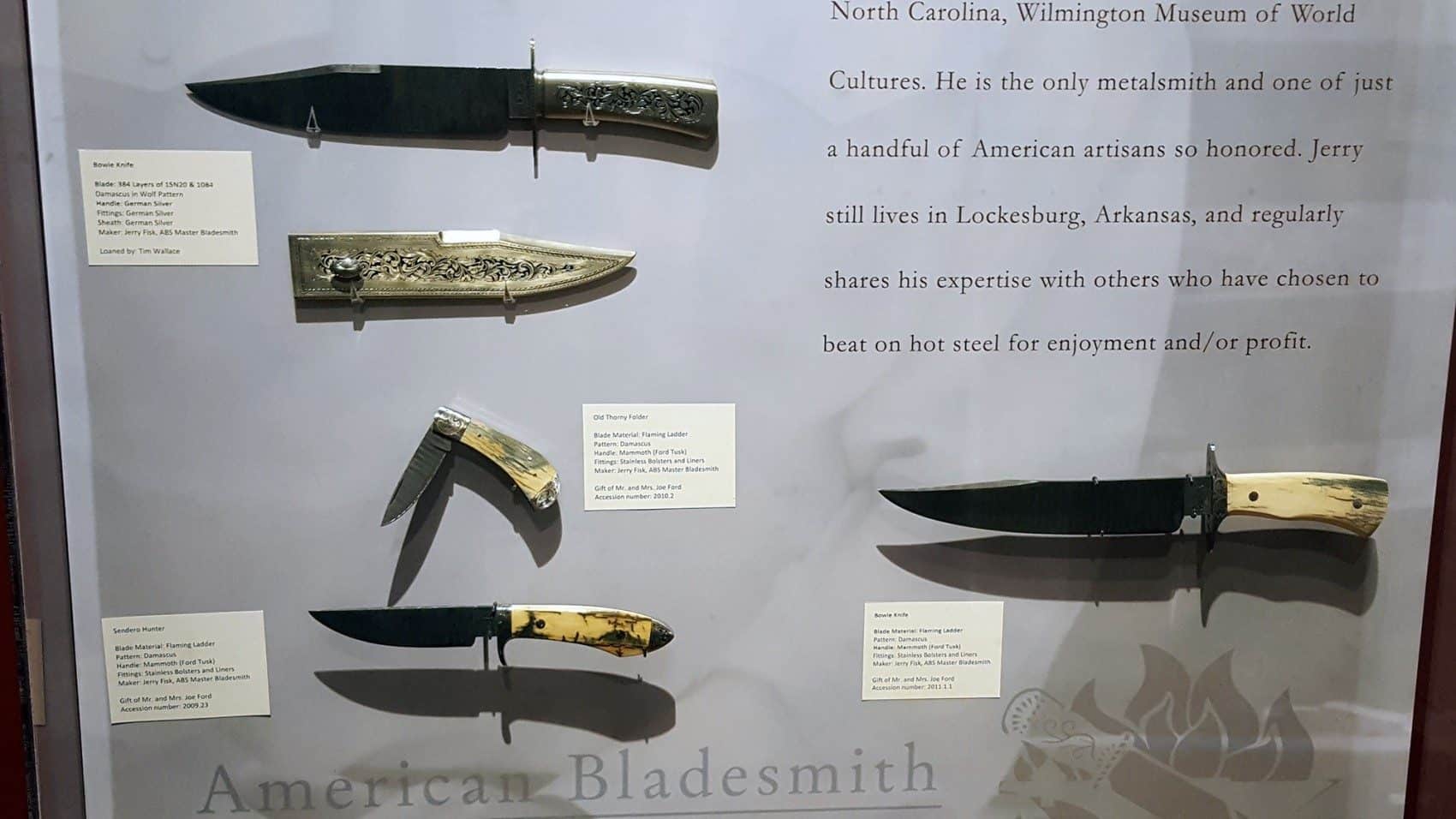 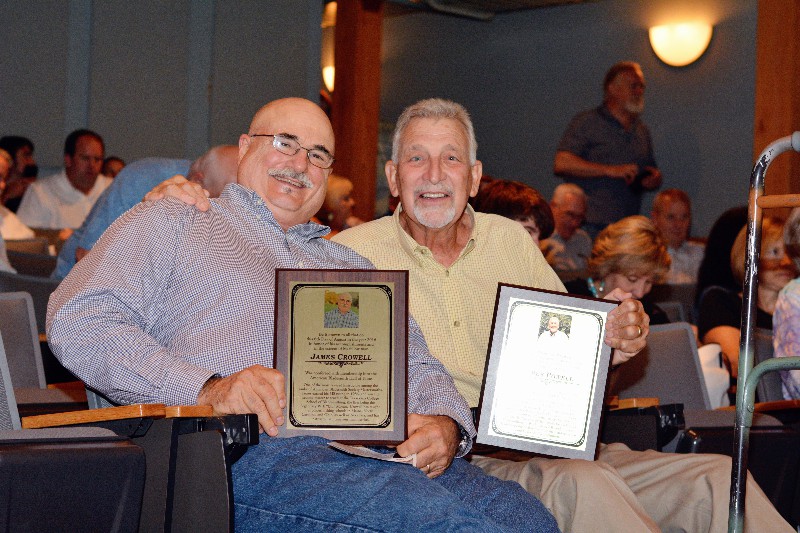 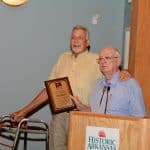 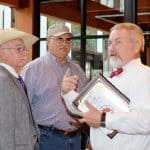 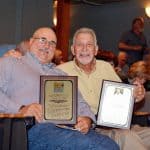 Inductees Jim Crowell and James Powell with their induction plaques.

Dr. Carl “Cheesie” Nelson, Texarkana College President from 1975-2001, and James Powell, former TC Dean of Workforce, Associate Dean of Continuing Education and Director of Communication Services, were inducted into the American Bladesmith Society Hall of Fame at a ceremony on Saturday, August 6, 2016, in Little Rock, Arkansas.

Powell is credited with starting Texarkana College’s Bill Moran School of Bladesmithing, the world’s first of its kind. All courses are taught in a replica of a one-room schoolhouse and a stable/barn in Old Washington Historic Park in Washington, Arkansas.

“It was an honor to represent both the College and the Nelson family at the induction ceremony,” Hayes said. “Cheesie [Dr. Nelson] was so very proud of the ABS school and our partnership with the state of Arkansas.”

Other inductees include Harvey Dean, Greg Neeley and Jim Crowell, the second instructor in the bladesmithing school.

For more information about the Bill Moran School of Bladesmithing, visit the American Bladesmith Society website or contact Vicki McCorkle at vicki.mccorkle@texarkanacollege.edu or 903-823-3015.