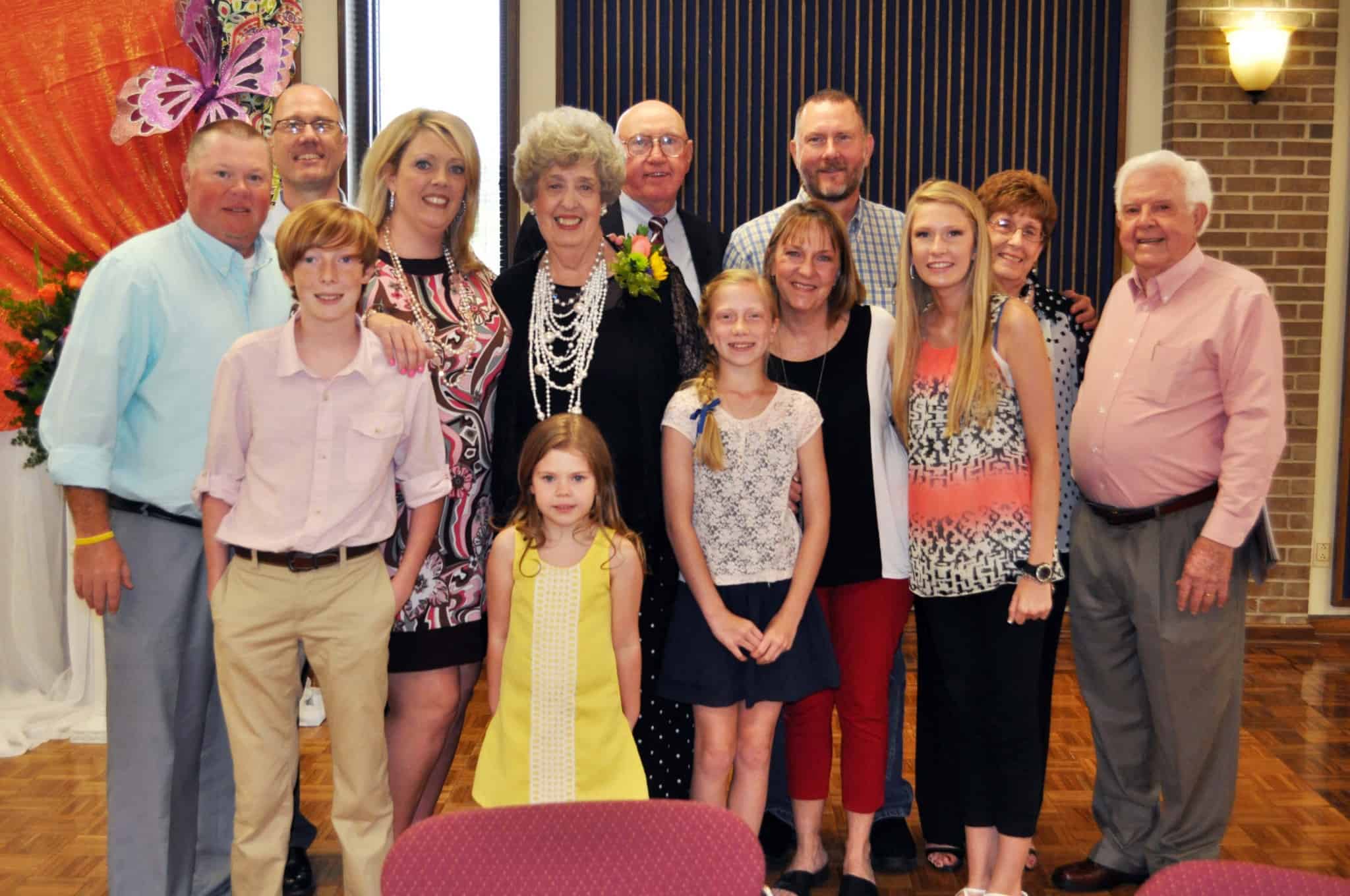 Before Dr. Pat Morgan graduated from Murfreesboro High School in 1960, she and her friends often talked about becoming nurses, but they never thought they could afford it. Immediately after graduating, 17-year-old Pat moved to Texarkana, where she tried her hand at a few different jobs: waitressing at the Sands Hotel and Restaurant, then assisting in a dentist’s office.

None fit her until she landed a job as a nurse aid on St. Michael Hospital’s surgical floor.

“That’s where I fell in love with nursing,” she said.

When she started, Pat didn’t even know how to read a thermometer, but she possessed a skill set that separates good nurses from great nurses: she cared for and loved her patients. Sister Anna, a nun at the hospital, recognized Pat’s potential.

“She made an appointment for me to meet with the director of the TC nursing program, who told me I could apply for grants to help pay for college,” Pat said. “Sister Anna’s support and belief in me set me up for success.”

In 1962, Pat became a member of the third class of students to go through TC’s new nursing program. She graduated in 1964 and worked as a registered nurse for six years. During that time, at age 24, Pat became St. Michael Hospital’s Director of Nursing, the youngest person to hold the position to date. Local physicians and hospital administrators respected Pat’s leadership and commitment to the profession. As Director of Nursing at St. Michael Hospital, the TC Nursing School asked Pat to serve on the nursing advisory board.

“My coworkers and students at TC have been just like my family over the years,” Pat said. “We grew up together, got married together, had babies and now grandbabies together. I have always said that I have the best job in town.”

“I drove back and forth to Commerce and even moved my family there over the summer to attain my doctorate from East Texas State University-Commerce,” she said.

Pat said her daughter, then 10, made friends with other doctoral students’ children in the dorm where they lived.

“My family made a lot of sacrifices for me to be able to complete my Ed.D.,” she said.

Through the years Pat has amassed numerous accolades. She has been named nurse of the Year by the Texas Nurses Association (District 28), has received the Centennial Leadership Award from the National League for Nursing, and was named as an Endowed Faculty Chair for Texarkana College. She served as the President of the Texas Organization for Associate Degree Nursing, President of the Texas Nurses Association (Dist. 28), as Program Evaluator for Accreditation Commission for Education in Nursing, and as a member of the Ethics Committee for CHRISTUS St. Michael Health Systems. Pat developed and supervised an extern program for nursing students at CHRISTUS St. Michael hospital and served as a consultant to local health care facilities and a local law firm as an expert witness.

All along, Pat’s passion remained constant: teaching students to be successful in their nursing careers.

“I will never forget watching one of our students, a single mom with five children, walk across the stage and graduate in front of her whole family,” Pat said. “It was one of my most memorable moments. It’s been so rewarding to help students work through all odds to complete the program. I always tell my students they are destined to make a difference in someone’s life.”

Pat retires from Texarkana College next month. From her freshman year of college to today, Pat has spent more than a half-century with TC. Pat is known around campus as a big kidder with an infectious laugh. President James Henry Russell said the TC family will dearly miss her.

“Dr. Pat Morgan is one of the most cherished instructors of all time at Texarkana College,” he said. “Her legacy is evident at every turn, not only within our organization, but throughout the entire community and state.”

James Henry said Pat has been responsible for TC’s outstanding relationship with healthcare providers in the area.

“She has maintained integrity and professionalism that is unmatched in her profession,” he said. “Dr. Morgan will forever be part of the fabric of TC, and we will never forget her extraordinary contributions.”

In retirement, Pat, 72, is looking forward to spending more time with her family, including husband Ross; daughter and son-in-law Missy and Travis Lyda and their two children, Kherington, 5, and Morgan, 14; as well as sons Bary and Dwayne and their families in Milwaukee, Wis. and Perryville, Ark.

Today, Pat celebrated her retirement with family, colleagues and friends at a reception at Texarkana College, where the Cities of Texarkana, Texas and Texarkana, Arkansas issued a proclamation declaring May 6, 2015, as Dr. Pat Morgan Day.