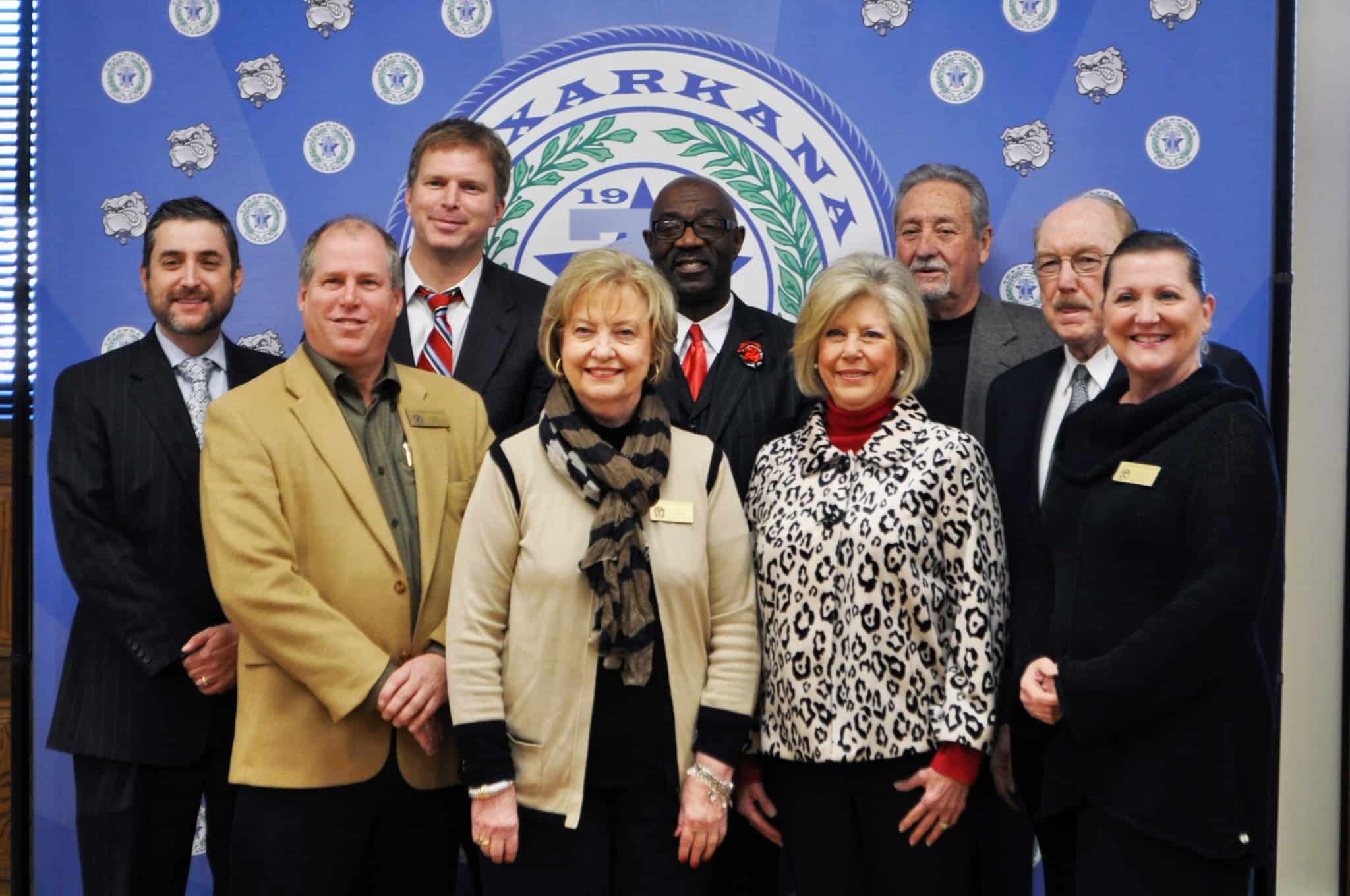 Texarkana, TX, December 16, 2014– Texarkana College Board of Trustees approved the College’s audited financial statements for year ending August 31, 2014 at the joint November-December meeting held today.  The motion came after hearing a report by auditor Mason Andres, managing partner of Thomas & Thomas Certified Public Accounting firm, which fully disclosed the financial position of Texarkana College showing a $176,377 gain for the fiscal year despite the projected $1.7 million loss at the beginning of the fiscal year. There were no material errors found during the audit.

“Based on the actions taken by the board, administration, and the continued evaluations of performance measures, Texarkana College was once again able to realize a gain in unrestricted net assets,” Andres said. “Texarkana College administration continues to operate using sound financial principles to help guide the institution toward financial stability for which the institution was once known.”

Texarkana College has seen drastic improvements in its internal control structure and has put systems in place to solidify the financial operations of the institution.  This is the third consecutive year for the College to show sound audited financial statements and gains to the unrestricted net assets that had been depleted in previous years.

“We were budgeted for a huge loss, but because of a very careful watch on expenditures by all TC employees, steady enrollment, grants we applied for and received, and incredible community support through one-time donations, we were able to realize a gain,” Texarkana College President James Henry Russell said. “It is becoming a nationwide fact that community colleges are becoming as reliant on donations to operate as major four-year universities.”

Russell noted that over the course of the last fiscal year, TC received more than $1.2 million in one-time donations. He said that without the support of donors, TC would have incurred a loss of approximately $1 million.

“Chief Financial Officer Kim Jones and her team have done an amazing job getting TC’s financial and institutional systems properly functioning again,” said Mike Sandefur, President of the Texarkana College Board of Trustees. “As Texarkana College continues to transform to better serve our students and the community, keeping a close watch on TC’s financial resources through strengthened internal controls will be paramount in guiding the decision-making process.”

Russell also reported that the TC Foundation performed exceptionally well during its financial period ending August 31, 2014. The net assets of the foundation increased from a beginning balance of $2,927,220 to an ending position of $3,344,525—or a gain of $417,305—during this past financial period.

“Since the Foundation’s last financial year end, Katie Andrus, TC Foundation Director, has done an outstanding job managing the foundation’s portfolio by capitalizing on growth and investment opportunities and securing substantial donations for scholarships and capital needs,” said Mike Craven, TC Foundation Board President. “We have gotten off to a good start this year by recently receiving a $1 million gift from Mr. and Mrs. Cary Patterson, which increases the net assets of the foundation.”

In other business, the College’s strategic plan for the period September 1, 2015-June 30, 2016 was reviewed and approved.  Five belief statements along with supporting strategic goals were presented, along with a press release dated five years into the future outlining impending milestones for the institution.

Belief statements assert that increasing the number of persons with higher education credentials in the region is one of Texarkana College’s highest priorities.  In addition, continued efforts toward excellent financial management, building community trust and support, providing a high return on student and community investment in their higher education experience, and maintaining first-class human resources are part of the plan to lead Texarkana College over the next 18 months.

“The strategic plan goals for 2015-2016 evolved from months of input and review by faculty, staff, students and board members who have already seen two drafts of the plan before today’s final approval,” Russell said. “Administration has fine-tuned the document and recommends the plan to serve as a roadmap for measurable goals.”