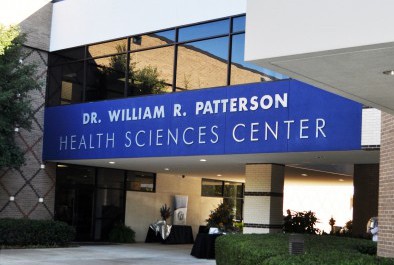 It started with a vision to build a major medical area between Dallas and Little Rock.

Dr. Patterson was put on the coordinating board, and he began his lobbying for TC’s nursing school.

Within a few months, it happened.

“The coordinating board agreed,” Bell said. “Money was raised. The state agreed to the budget, and a nursing school came to this campus.”

Since that time, “more than 4,500 nurses have graduated as a result of his and his friends’ efforts,” Bell said.

Of those 4,500 that have graduated, Bell said “over 70 percent were the first in their family to ever get a college education. A very high percent were single mothers who now have an education to make a good living for their family.”

He was also credited for founding the Texarkana College Foundation.

“A true servant leader is someone who recognizes the needs of a community or institution – not the wants – and takes action to follow through and make something happen to take care of those true needs,” Russell said.